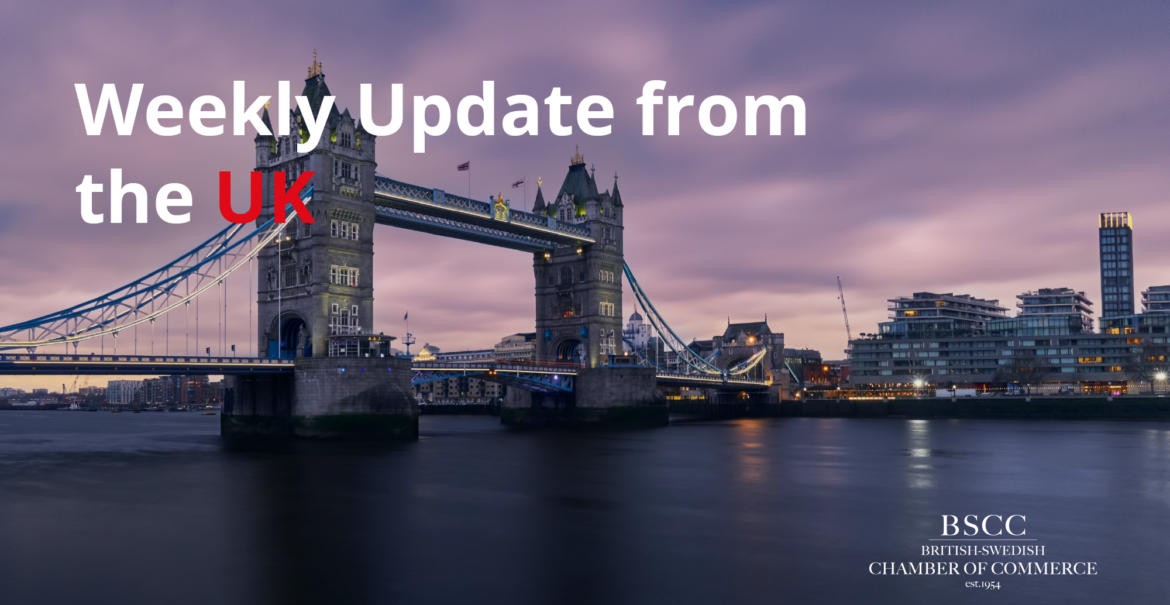 In recent weeks the news around the parties of government employees and politicians during the height of the pandemic has dominated British headlines. This political disruption has reduced the PMs personal popularity below even the levels of the previous PM (May) who he replaced. Over the summer of last year the PM held an approval rating of around 51% (net +2%) but this has now slumped to 28% (net -43%) and would see the main opposition party (Labour) win a General Election. As a result of this there are currently MPs within the PMs party who are publicly calling for the leaders resignation with the topic set for debate in the House of Commons.

Other developments from the UK Government include the announcement of lockdown restrictions mostly ending as case numbers fall and public support for tighter restrictions wanes. Additionally, the Secretary of State for Digital, Culture, Media and Sport has announced that the UK’s globally renowned national broadcaster, the BBC, will no longer be funded by a ‘licence fee’ which currently costs most UK households £159 annually. The long-term government ambition for the BBC is for the institution to replicate the subscription model of online streaming rivals. One of the major instigators for this policy change is due to the government’s concern over political bias from the corporation and to level the playing field as other media groups operate profitably without the £3.75bn raised annually through the licence fee.

The newspapers started off the week by looking at the aforementioned parties within politics which have almost entirely originated from the PM’s own political party whilst in 10 Downing Street. However, new photo evidence alleges that the Opposition leader was also hosting social events whilst in the office too. Other major newspaper front pages discuss the royal protection provided to Prince Harry’s family whilst visiting the UK; whilst The Times discusses the PM redirecting asylum seekers bound for the UK to Rwanda for processing applications and resettlement.

COVID cases in the UK now total 15.31m (up 800,000 in 7 days) over the course of the pandemic and daily totals have risen significantly since 2021. However, despite the gradual opening up of the UK: daily case figures are plummeting and have approximately halved since the beginning of the month. Furthermore, the official guidance now only requires 5 days of self-isolation (down from 7) following a positive COVID case. Britain has now inoculated 52.12m people, with 47.96m receiving a second vaccine and a final 36.47m have taken a booster dose- this totals 136.55m vaccinations delivered across the country.

On Sunday (16th January) the Sunday Times revealed that the British multinational FMCG Unilever has offered GlaxoSmithKline (GSK) £50bn for their consumer products division which was rejected on Monday but economists expect this offering may increase. The Financial Times is reporting that GSK (who operate this division as a joint venture with Pfizer) is targeting a 25% premium to the estimated value of the business which would equal £60bn.

Unilever, prior to seeing a 7% decline in market value following this announcement, is worth around £100bn and is the third largest company on the FTSE 100. The scale of this mega-merger would see it take over the largest division of the FTSE’s fifth largest company. The chief executive of Unilever has stated that this move is due to the company looking at “rotating” it’s product portfolio to focus on “health, beauty and hygiene” as sales in their food business have roughly flatlined and may be sold off.