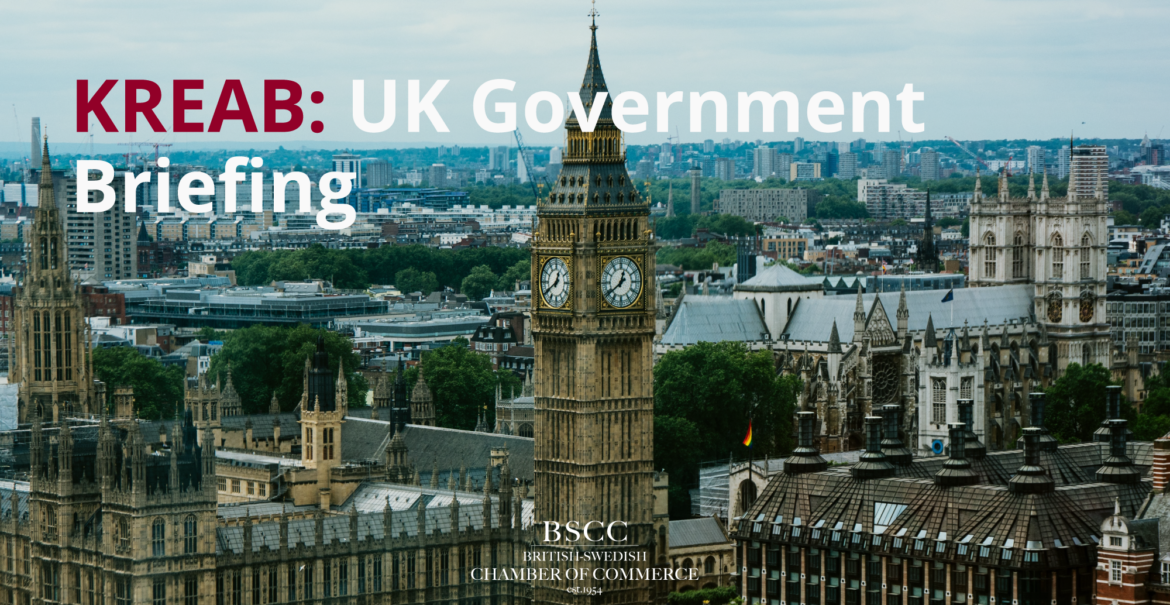 Today marks the first two weeks of the Rt Hon Prime Minister Elizabeth Truss premiership. A new Cabinet is now in place, consisting of both familiar and new faces. The new Government now has 2 years of work ahead, until the next general election in 2024.

Since taking office, the Prime Minister has announced three key priorities for her Government. One of them being economic reform, focusing on tax cuts and deregulation for business. A fear is that deregulation for business’, could cause a further divergence between UK and EU standards which could increase trade tension.  Another priority is tackling the immediate energy and cost-of-living crisis where the PM has announced a massive stimulus package, including a cap on electricity bills for households. The third priority aims to improve the NHS.

The newly appointed Cabinet may also indicate what things to come. Regarding defence, and the stance on Ukraine, little is expected to change, and Ben Wallace, The Minister of defence during the Johnson Government, stays on. On trade a tougher stance on China is to be expected, to counter Chinese influence on the UK economy. Regarding the relationship to the EU there is reason for both optimism and caution. The PM is a strong believer in free trade, making a full-scale trade war very unlikely. However, the lack of agreement regarding the Northern Ireland protocol still poses a challenge.

Interested in UK politics and the expected path of the new Government?