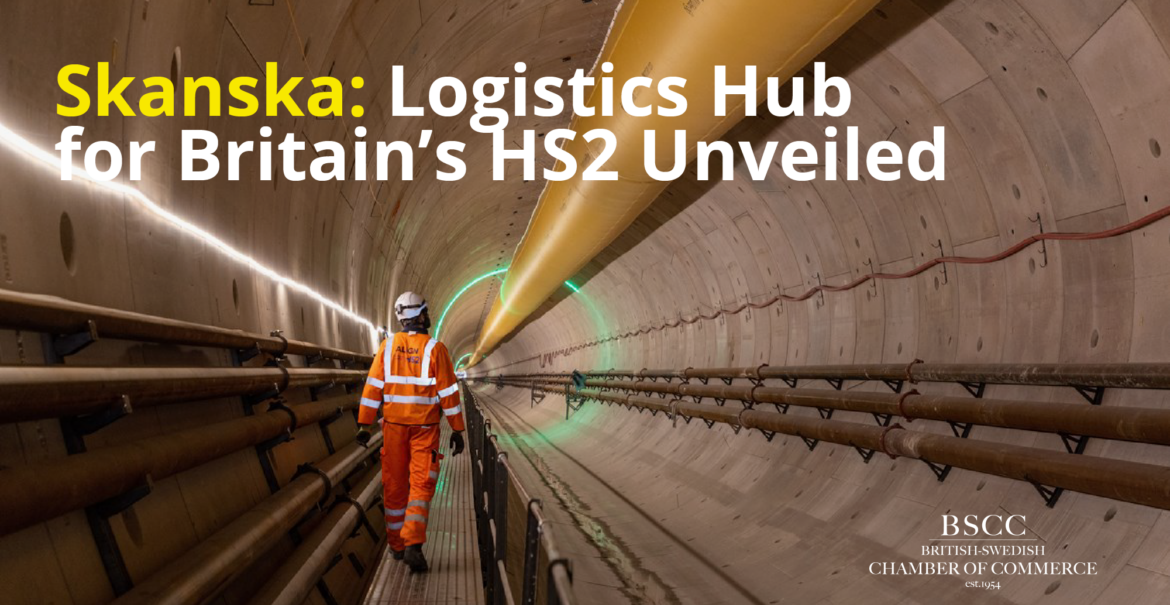 The Skanska Costain STRABAG Joint Venture (JV), working for Britain’s HS2 project, this month released details of their new 30-acre logistics hub. The site, partly developed by Skanska (a BSCC Patron member), will be used to help dispose of the 5.6 million tonnes of earth which will be excavated in the process of construction for 26 miles of new London tunnels for HS2. After the waste has been processed at the new site: it will be transported by trains to three locations (Cambridgeshire, Kent and Warwickshire) to be reused for initiatives such as house building. The Managing Director of the JV, James Richardson, also highlighted that by creating this hub to remove the millions of tonnes of spoil by rail it would take “one million lorry journeys off the road” and that by using rail the company “will reduce our carbon emissions for logistics by 40 per cent”.

Skanska are one of the main works civil contractors for the project which is planned to deliver a high-speed railway network in the UK. This will, following each phase of completion, provide a low carbon transport solution connecting London, Birmingham, Crewe, Manchester and Leeds with already 20,000 people employed in its development. HS2 is the largest project being undertaken by the government with a projected cost nearing £100bn and will cut travel times between London and Birmingham to just 49 minutes. To find out more about HS2 click here and learn more from Skanska click here.