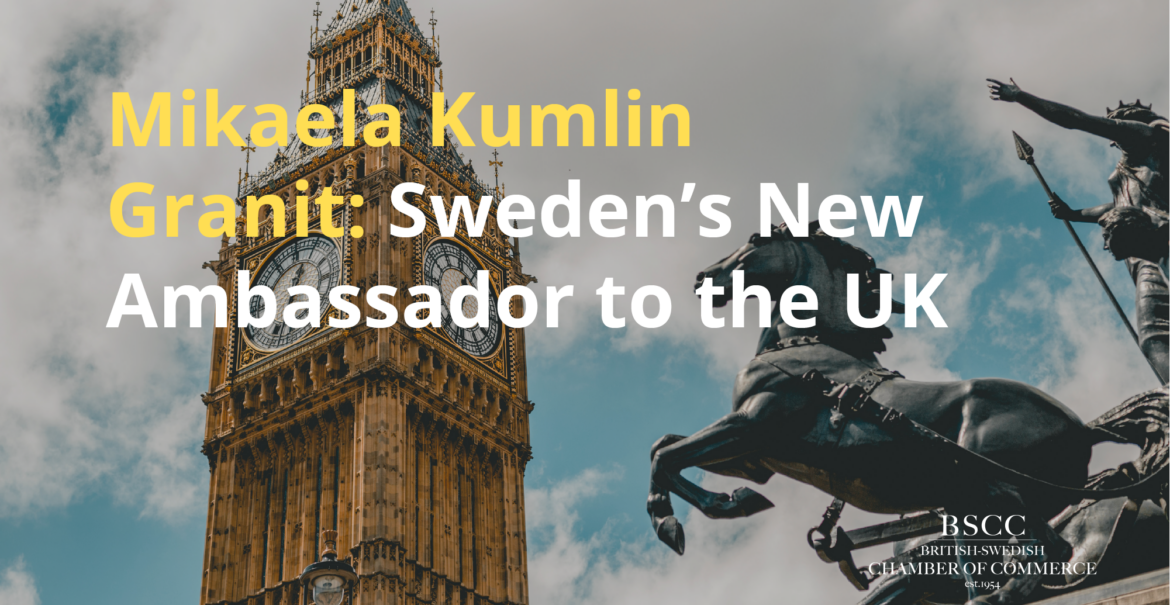 Sweden’s New Ambassador to the UK

The British-Swedish Chamber of Commerce is delighted to share that Mikaela Kumlin Granit arrived this week in London in her new role, having been appointed in April, as the Ambassador of Sweden to the United Kingdom. This comes as Torbjörn Sohlström steps down from the role following five successful years in the position and will now return to Stockholm to work with the Swedish Foreign Ministry.

Mikaela Kumlin Granit grew up in Stockholm and went on to study at the University of Stockholm- as well as Knox College (Illinois). Following this, she went on to work at the Swedish Embassy in Washington before then returning to Sweden to eventually work in the Office of the Prime Minister up until 2010. In recent years, this extended to working in the EU and Mikaela Kumlin Granit was the Swedish Ambassador to ‘Austria and Slovakia’. Click here to hear more from the new Ambassador.