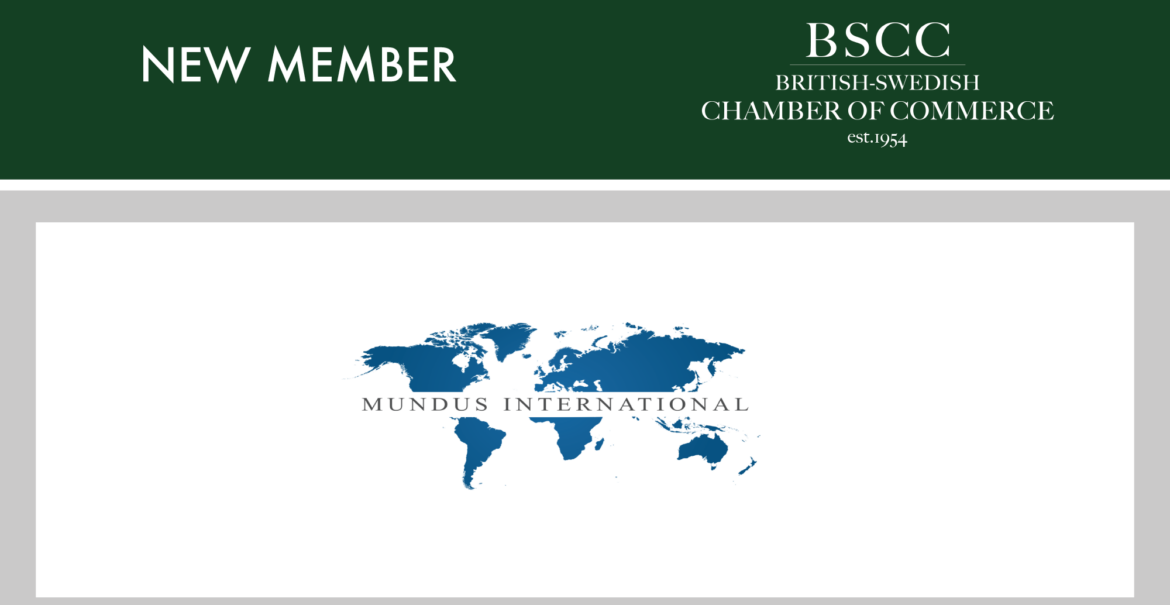 We are proud to welcome Mundus International as members of the BSCC. Mundus International provides news and analysis of the Nordics for an international audience. They work with governments, corporates and institutions, helping them make better decisions, by being up-to-date and in understanding political and economic drivers. Through their standard portfolio, they cover the short-term daily news cycles, politics, business and deep analysis of long-term trends in the Nordics.

Mundus International have very generously shared their June Brief with the BSCC network. Their monthly brief provides a recap of the previous month’s events and we hope you will find it a useful and enjoyable read.

Please don’t hesitate to get in touch with us to learn more about Mundus International.

Find the Mundus June Brief below.

As the Reinfeldt area ended in 2014, the stage appeared set for a new phase of Swedish politics. Many sensed that the challenges that were beginning to pile up would require a different dynamic than the evolution that built Sweden’s modern economy and welfare state. At the time the issues were “limited to” the wave of refugees from the war in Syria, the rise of the Sweden Democrats, a dysfunctional housing market and the feeling that the famous welfare state was beginning to suffer from a lack of focus and resources. Mundus witnessed this trend and decided to launch Mundus News to cover what we expected would be a heated policy debate. What followed was indeed a political drama that at times began to seem like a never ending soap opera, with the right-wing sniping at, but always failing to hit the juggernaut of the Social Democrats and their various support parties. Given the new challenges of the war in the Ukraine, NATO application and inflation, one can hope that this phase might draw to an end with the September election. Sadly that seems unlikely.

The Mundus Brief is your chance to read a summary of what happened in Sweden last month and our chance to let you know what we’ve been looking into in our publications. We try to keep the Mundus Brief brief and entertaining; a counterbalance to our more serious news and analysis. We hope you find it an interesting read!  /The Mundus Team

Displays of military superiority come in different shapes and sizes. Some can be as small as the drones used to fend off columns of advancing tanks. But at 257m long, the bulk of USS Kearsarge was impressive as it imposed itself in central Stockholm.

It was a definitive display of American and NATO firepower, symbolising a new era, as Sweden seeks to have its NATO application approved.

The war in the Ukraine is now 100 days old. Much has changed since it started, as can be noted from the commentary provided in Mundus Briefs. Our March Brief, published at the end of the first week of the war noted that the NATO option was there, but we thought that it was unlikely to be invoked by Magdalena Andersson’s Government. Yet a month later, the April Mundus Brief was already advising that a NATO application was a foregone conclusion. Within weeks, this proved to be correct, as Sweden (and Finland) went through a tightly choreographed display of policymaking on the fly. 200 years of neutrality was discarded as wishful thinking, with Russia’s appetite for military aggression and territorial conquest on display for all to see.

Naturally, analysis in our Monthly Policy Review (MPR) has focused heavily on the Ukraine War and the NATO application. In May, the MPR investigated Swedish rearmament and defence spending, which fell as low as 1% of GDP by 2017, was now rapidly increasing, and is targeted to hit 2.0% by 2028. The same article also looked at the defence of Gotland – the so-called unsinkable aircraft carrier – indispensable for the defence of Sweden and the Baltics, and an increase in the numbers of conscripts. While the focus is chiefly on the military, the implications for domestic politics are never far off, a fact underlined by the frenetic politics which could have resulted in a government crisis this week.

On 15 May, Mundus published a special article evaluating the conclusions and implications of the all-party report “Deterioration of the security environment – implications for Sweden”. While the report stopped short of recommending a NATO application, the unanimous conclusion from all parties in the Riksdag was that the security situation in Europe was now structurally altered, necessitating a response from Sweden, and signalled changes to Sweden’s policy of neutrality and non-alignment. Although the Left Party (V) and Greens (MP) made written reservations against the majority view to take benefit from the US and UK nuclear weapons umbrella, the reality was that there was now a political supermajority in favour of a NATO application in both the Riksdag and in Swedish public opinion. Therefore, it was inevitable that the Social Democratic Party would confirm the apparent decision of its leadership to join NATO on 15 May, paving the way for the Riksdag to endorse this view on 16 May and that PM Andersson would advise officially that that was the Government’s position the same day and that the application itself was submitted on 18 May.

With the Finnish Government running a parallel process, half a step ahead of Sweden, and with the choreographing of meetings with US President Biden and a visit by British PM Boris Johnson, both of whom promised to defend Sweden and Finland against any threats in the interim period before the two countries could join NATO, it seemed that this was a done deal. Enter Türkiye’s President, Recep Tayiip Edogan, who demanded that Sweden end its weapon’s export ban and expel Kurdish terrorists that he said were hiding in Sweden. Confusion reigned in the days following his surprise intervention, with speculation that Sweden must quickly cave to this pressure. However, after the initial wobble, consensus now seems to be concluding that Sweden will not budge to any significant extent. For starters, the Swedish Government is really not in a position to meet Erdogan ́s demands to extradite Kurdish refugees to Turkey. This decision would need to be taken by its independent judiciary, with political interference in such a serious matter anathema in Sweden. Secondly, with the Swedish public having concluded that Turkish accusations are unfounded and its demands unreasonable, it would be politically harmful for the Government to make concessions at this point, especially in light of the feeling that for the moment, Putin has his hands full trying to eke victories out in the Donbas, rather than menacing Sweden. And finally, within some policy circles there is a belief that Erdogan will suffer increasing geopolitical pain from his intransigence, and that he will eventually concede his stance under American pressure and/or incentives. Mundus’ view is that having advised that it actually has no weapons embargo in place against Türkiye, Sweden will allow certain weapons exports but do little more to appease President Erdogan. That belief has been reinforced via assurances given by the Social Democrats Party Secretary, Tobias Baudin, that the Andersson Government would not change its position on assurances made with a Kurdish MP.

May confirmed what may already have been obvious – the Nordics green future rests on the success or failure of wind power. During the month, Denmark joined with Germany, the Netherlands and Belgium to announce that it was targeting a 10x increase in the amount of wind power to be produced from the North Sea, increasing capacity by 150GW by 2050. Separately, Norway also released its strategy for offshore wind power, which is to build 30GW of capacity. Business is already picking up the new sense of urgency from Nordic governments, with a number of large projects now being pushed.

New wind power is not just a source of electric power. It is essential for the production of hydrogen, which in turn is necessary for making green steel. Denmark’s Copenhagen Infrastructure Partners said that it wanted to build a “Hydrogen Island” on the Danish portion of Dogger Bank, supplying 7% of Europe’s green hydrogen by 2030, manufactured from what it says is one of the world’s lowest cost sources of renewable power.

Although financing was down there were still some very notable deals done. Polarium, a Swedish battery manufacturer, announced that it had secured SEK 955 million from AMF, valuing the company at more than USD 1 billion. Yara announced that it intended to spin out its Yara Clean Ammonia business on the stock market, and the Swedish chemical company, Perstorp was sold to Malaysia’s Petronas for SEK 24 billion.

It was also an above average month for battery projects. The Polarium financing and ABB and Siemens backing of Morrow Batteries, a cobalt-free Norwegian battery start-up, were amongst the most interesting news.

Nordic wide media- and parliamentary monitoring. Having the data is just the start. Turning this into intelligence is what makes our model distinctive.