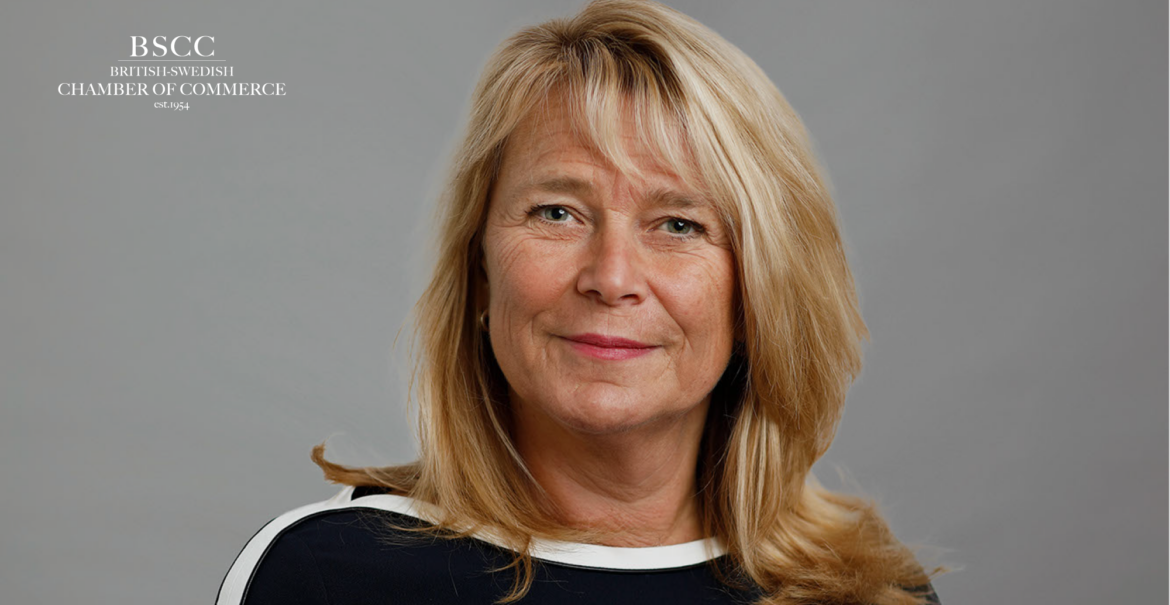 Magdalena Gerger: New Chair of the BSCC Executive Board

We are honoured to welcome Magdalena Gerger as the new Chair of the BSCC Executive Board. Magdalena was appointed at the Annual General Meeting which took place at the British Ambassador’s Residence on 31 May. With Magdalena’s vast experience from working in various industries, within the UK and Sweden, she comes well equipped to carry forward the Chamber’s mission of further strengthening the bilateral relations between the two nations. Magdalena is committed to continuing to broaden and deepen the BSCC network and is keen to engage the membership in relevant topics.

Magdalena was formerly the President & CEO of Systembolaget AB where she worked from May 2009 until 1st February 2022. Magdalena currently holds non-executive board positions with Investor AB and Peab and she is the Chair of Nefab and of the Royal Academy of Engineering – the Business Council. She is a member of VW global Sustainability Council.

Previously she held board positions with Ingka Holding BV (IKEA), Husqvarna AB and Ahlsell AB among others. Magdalena also held positions as Category Head at Nestle UK – for Retail Coffee. At Tambrands UK (now Proctor & Gamble) she held the position as UK Marketing Director and at ICI Paints UK as Marketing Director. She was responsible for launching Häagen-Dazs in the Nordics as European marketing Manager at Grand Metropolitan Ltd. She graduated with an MBA from Stockholm School of Economics in 1989.