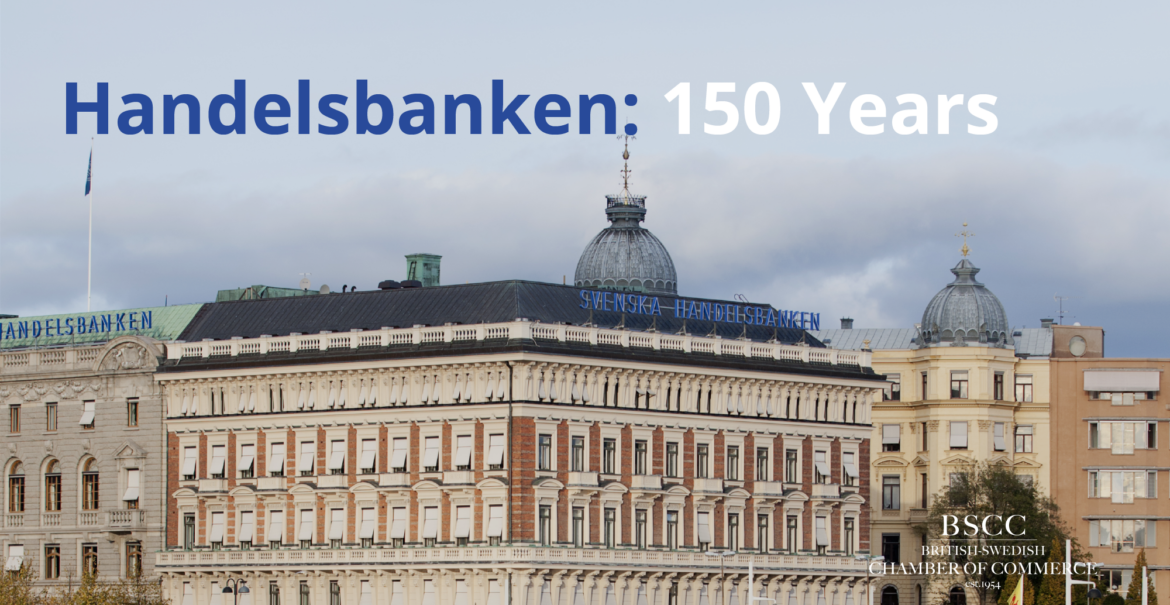 Handelsbanken, a BSCC Patron Member, on the 25th of November celebrated 150 years since their founding at Kornhalmstorg in the Old Town district of Stockholm. That year, in 1871, delivered the company with its first banking charter by royal decree and established Handelsbanken as a leading bank in the capital. By 1912 the firm had six branches in the city but now sought to expand across Sweden and so acquired several provincial banks in both the north and south- leading the firm to rename itself from Stockholms Handelsbank to Svenska Handelsbanken.

During the 1960s, business was slowing and so the bank required a new strategy: the ‘decentralised model’ was thus introduced by Handelsbanken’s new CEO (Jan Wallander). Over the following years, Mr Wallander led the charge to decentralise the bank and established a highly successful local approach which remains a core value to this day. In 1982 Handelsbanken opened their first branch in the UK and has now become an Anglo-Swedish success story with 200 branches now in operation in almost every major town and city. To learn more about Handelsbanken’s history you can click here.