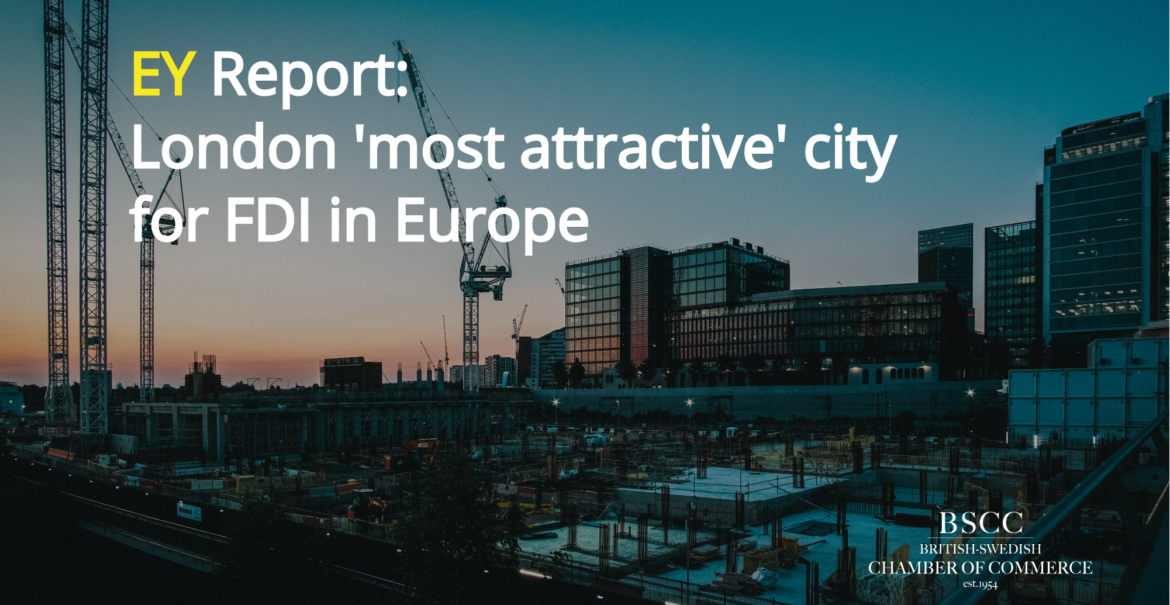 EY Report: London ‘most attractive’ city for FDI in Europe

The UK has been described as having “robust FDI project flows” and strengthening “investor confidence” in EY’s annual ‘Attractiveness Survey’ for 2021. Additionally, Britain’s successful vaccine roll-out has helped label the nation as having ‘Europe’s best pandemic recovery plan’ alongside being identified as the “most attractive place in Europe” for future investment. Despite the country seeing a 12% decline in FDI projects in 2020, London has regained the title of the most attractive city for attracting projects which will be seen as a major boost to the capital after a challenging few years. The sectors which gained the strongest FDI performances were life sciences, transportation/logistics and food- with a large portion being high-value R&D investments (now in-line with France which had double the UK just 2 years ago).

One of the pandemic’s scars has been left on the UK’s continent leading digital investments where a 25% decline in FDI was recorded (twice the European average). Furthermore, FDI activity in manufacturing, HQ and financial services all remain below their pre-Brexit peaks; although, the previous year saw the UK claw back a greater share of Europe’s FDI projects for a second year running. Another aspect of the report highlighted the improving relations, and dependency, the UK has upon the EU and US for investment as 67% of all FDI projects secured came from these allies (up 3% from 2019). Click here to learn more from this extensive report.