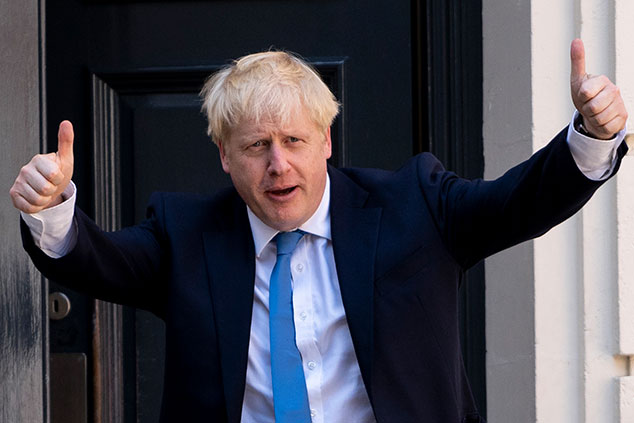 The fear of a no-deal Brexit has risen since Boris Johnson has entered 10 Downing Street. His conservative party holds only a slim working majority in Parliament. But he has nonetheless promised to carry out Britain’s exit from the European Union by the 31. A challenge that Britain’s previous PM Theresa May admits ‘underestimating’. The OBR has warned that a no-deal Brexit would plunge Britain into a recession.

Boris Johnson has set the UK on a course towards a no-deal Brexit saying that there will be no deal unless EU leaders agree to replace the Irish backstop. He has stated that “we will exit the EU on October 31, no ifs, no buts, no money delay”. Jean Claude Juncker, now leaving the presidency of the European Commission, has told Boris Johnson that the EU27 will not renegotiate the Brexit Withdrawal Agreement. The UK is set to leave the European Union on 31 October and EU:s chief Brexit negotiator, Michel Barnier, has said ‘We look forward to working constructively with PM Boris Johnson when he takes office, to facilitate the ratification of the Withdrawal Agreement and achieve an orderly Brexit (…).’

The Office for Budget Responsibility (OBR), created in 2010 to give an independent analysis of the UK’s public finances, has declared that the UK should seek a “deep and comprehensive economic partnership” with the EU, to maximise the benefits and minimise the potential disruption. The International Monetary Fund (IMF) and the OBR has carried out ‘stress tests’ to quantify the impact of public finances of a no-deal Brexit. A no-deal Brexit would shrink the UK economy by 2%, push unemployment above 5% and lead to a downturn that would increase borrowing by £30bn per year. Speaking at a meeting of G7 finance ministers, Chancellor Philip Hammond said that the OBR report ‘shows that even in the most benign version of a no-deal exit there would be a very significant hit to the UK economy, a very significant reduction in tax revenues and a big increase in our national dept’. The Bank of England said in November that a no-deal Brexit would be worse than the 2008 crisis.

Boris Johnson has faced furious internal revolt even before arriving in Downing Street with several key cabinet ministers resigning. A no-deal Brexit seems increasingly likely and several industries are preparing for a worst-case scenario. The EU’s financial regulation chief has urged banks and brokers to finish their preparations for a no-deal Brexit, warning they should not expect further help from Brussels to cushion the impact of the UK leaving the bloc.