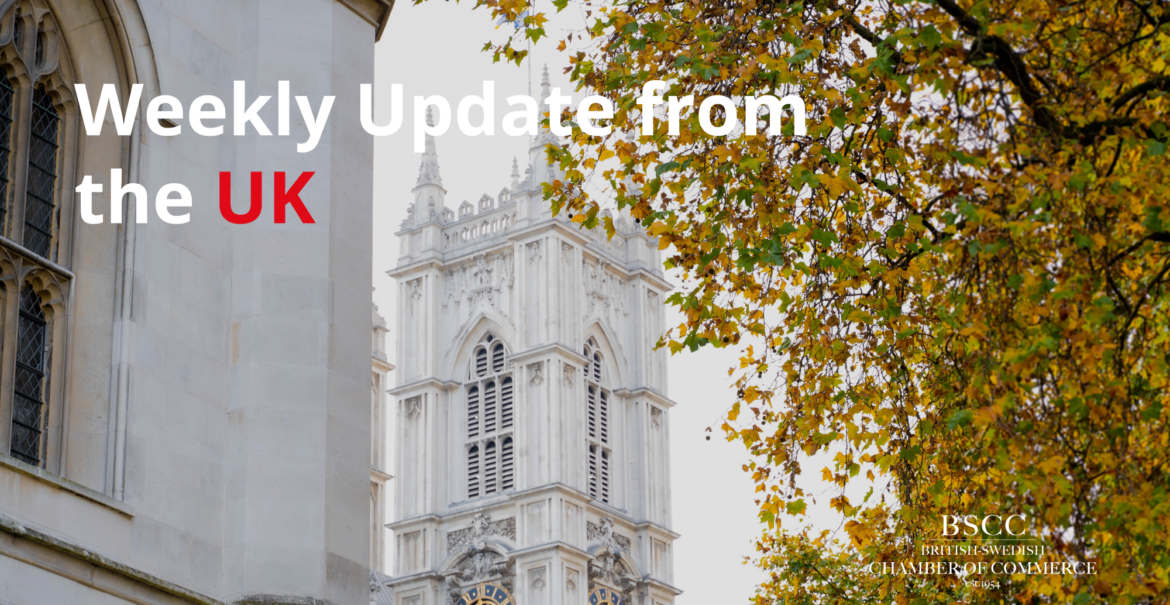 On Monday (24th October) The Right Honourable Rishi Sunak MP was elected as the new leader of the Conservative Party and, therefore, as the UK Prime Minister following the resignation of PM Liz Truss last week. On Tuesday, PM Sunak will travel to Buckingham Palace to meet King Charles III whereby the King will ask him to form a government. The new PM will then give a speech outside 10 Downing Street at 11.35am GMT. Focus will then turn to who will feature in PM Sunak’s new Cabinet as the publicly popular Defence Secretary, Wallace, has threatened to quit if the commitment to defence spending at 3% of GDP is not maintained; additionally, the new Chancellor (Hunt) is expected to remain in his post for continued stability.

PM Sunak previously served as Chancellor from 2020 to 2022 under PM Johnson and has been an MP for a rural northern constituency since 2015. He started life in Hampshire and attended the prestigious Winchester College before studying PPE at Lincoln College, Oxford. Following this he gained an MBA from Stanford University as a Fulbright Scholar where he met his future wife, the daughter of the founder of Infosys. Sunak then worked as an investment banker for Goldman Sachs before becoming a partner at two hedge funds. As an MP he was a campaigner for Brexit who also promoted the Coronavirus Job Retention and Eat Out to Help Out schemes. Upon the announcement of the new PM the pound sterling edged up against the dollar and government borrowing costs fell (to bond yields of 3.8% compared to 5.2% at the end of last month).

The UK’s front page news cycle over the last seven days have focused on the resignation of PM Truss the race to become the next PM. There was heavy speculation among the papers that former PM (Johnson) would launch a leadership bid but he withdrew his name. As such, this paved a clear path for Rishi Sunak to be the only candidate standing with support ranging from across the party. Some of the newspaper front pages over the last week were:

The final polls before the appointment of PM Rishi Sunak showed comfortable 30 percentage point leads for the opposition Labour Party over the current Conservative Party. The Conservatives were polling in to the low end of 20% compared to Labour who were safely into 50% support across the nation. YouGov polling out today showed 36% of the country held a “favourable” opinion of PM Sunak with a net favourability of -28% as the UK grapples with the cost of living crisis. The opposition leader holds a net favourability rating of -12%. The margin becomes closer when voters are asked ‘who would be the better prime minister’ with 44% favouring the Labour leader compared to 33% for PM Sunak.

On Sunday (23rd October) the former governor of the Bank of England (BoE) warned that the UK faces a ”more difficult” era of austerity than post-2008 in order to stabilise the economy. Lord Mervyn King, who served as governor from 2003 to 2013, stated that the average person could face “significantly higher taxes” to fund public spending. This comes ahead of the new Chancellor, Hunt, likely setting out his economic plans on Monday (31st October) with a new budget announcement.

The Chancellor has already scrapped most of PM Truss’s tax cuts (such as keeping corporation tax at 19% instead of the planned April 2023 rise to 25%) in an effort to rebuild confidence in the UK’s finances. Lord King also highlighted that public expenditure will increase into the future and so stated “taxes will have to rise to fill the gap which is there at present” and that “if we want European levels of welfare payments and public spending, you cannot finance that with American levels of tax rates”. Further challenges also arise from inflation hitting 10.1% last month and a weakened pound due to UK economic uncertainty.