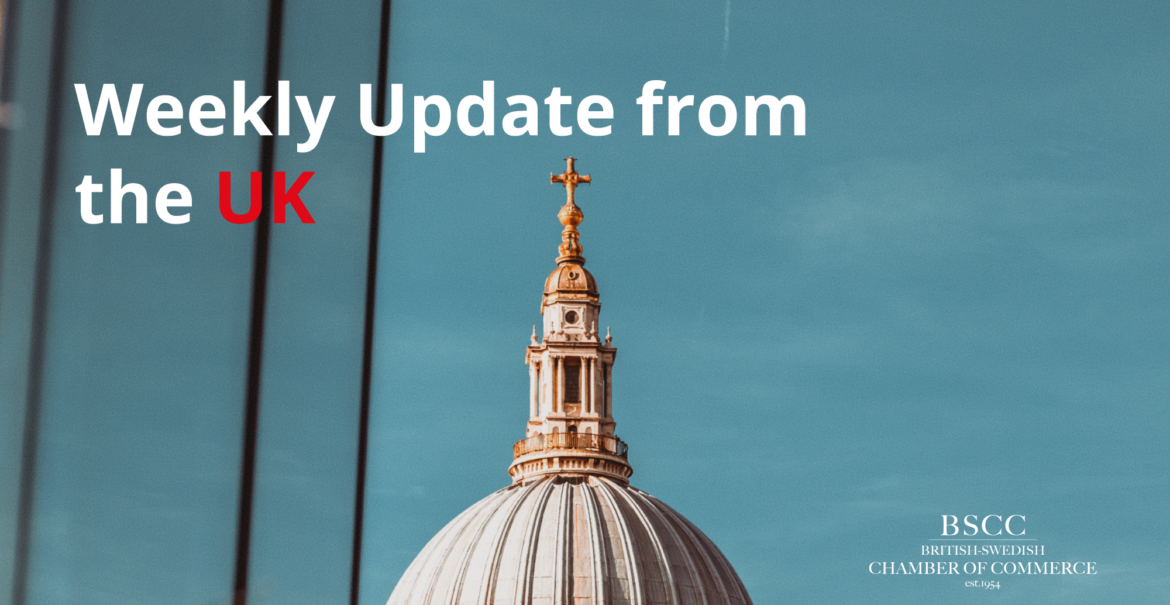 Over the last week the UK economy has experienced substantial changes following the Chancellor’s tax-cutting mini-budget. The pound sterling fell to $1.03:£1 on Monday (26th October) due to global markets losing confidence in the UK; however, the Bank of England stepped into the bond market on Thursday with a new programme purchasing £5bn of gilts per day for the next 13 days. As such the UK government bond markets recovered sharply after the announcement with the pound now sitting at $1.11:£1. However, Daniel Mahoney (UK Economist at Handelsbanken) warned that this cash injection could further fuel inflation.

UK house prices are also said to have flatlined as mortgage rates have risen by around 1%, according to Nationwide. This follows on from around 40% of available mortgages on the market being pulled after the budget announcement (although most have now returned) due to the wide-spread sell-off in the financial markets last week. However, some positive news is that the Office for National Statistics adjusted their GDP growth for the UK in the last quarter (Q2) as the economy actually grew 0.2% correcting the previous estimate of a contraction of 0.1%. Economists now state that this means the UK has avoided a recession but still remains 0.2% below pre-pandemic levels.

The UK’s front page news cycle over the last seven looked at the proceeding events following the announcement of the new Chancellor’s ‘mini-budget’. There was widespread concern that many pension funds faced possible collapse due to the rapid weakening of the bond market; however, the Bank of England stepped in to reverse this trend. Earlier in the week there was also analysis of the opposition party’s (Labour) party conference and their tax policies. Some of the newspaper front pages over the last week were:

On Sunday (2nd October) the ruling Conservative party’s conference, in Birmingham, started as thousands of party members, campaigners, journalists and politicians gather to discuss the key issues facing the UK. On the final day of the conference, Wednesday, PM Truss will deliver the keynote speech of the event but faces the ongoing challenges of high inflation, rising interest rates, a weak pound and a flat economy. In opinion polls the opposition party (Labour) is currently surging with around 47% support from voters compared to the Conservatives who are now at 27%.

On Thursday (6th October) PM Truss will join the inaugural meeting of the ‘European Political Community’ in Prague in a bid to bolster regional co-operation during a period of sustained Russian aggression. The idea was suggested by France’s president, Macron, and is a move by Truss to repair UK-EU relations. This marks the first time that the UK has formally engaged in a summit alongside all 27 EU leaders since Brexit.

The group will include the EU, Balkan states and Ukraine in a potential move to develop a regional response to Russia. Downing Street has outlined that the newly formed group will be looking into building energy security, tackling European migration and the crisis in Ukraine. The PM will be arriving straight after her speech at the Conservative party’s annual conference in Birmingham.