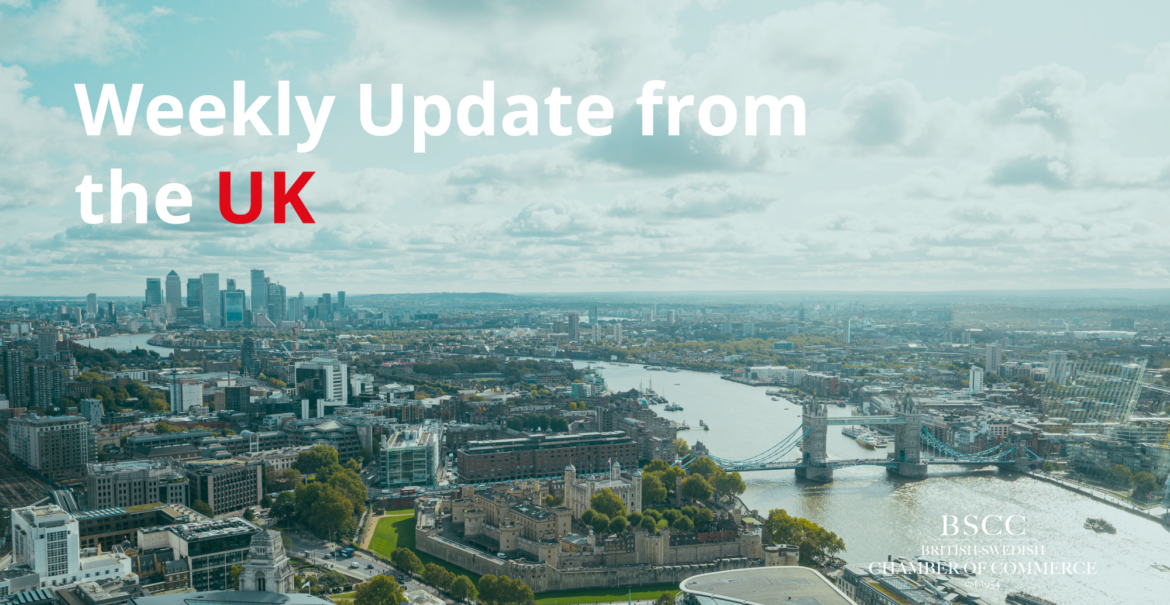 The UK’s front page news cycle this week looked closely at the rising cost of living across the UK with Britain’s best-selling newspaper stating running the front page: “Fix Cost of Living Crunch or Lose Election”. There has also ben widespread coverage of Her Majesty’s run-up to the Platinum Jubilee with the opening of a new £19bn London tube network this week (on 24th May) named the ‘Elizabeth Line’. Some of the headlines over the last 7 days were:

The UK has recorded a total of 22.2m positive COVID cases since the start of the pandemic which had increased by a total of 68,786 over the last seven days. By comparison, the media is now more closely focused upon monkeypox with 20 cases now identified in the UK. So far, the UK has issued 53.34m first doses on the COVID vaccine, 49.84m of the second dose and 39.47m of the third- bringing the total number of inoculations to 142.66m.

The UK’s foreign secretary, Truss, has set out plans to move against the existing Brexit deal on Northern Ireland: insisting that the unilateral move did not break international law and would help maintain peace in the region. The European Commission vice-president responded by saying “unilateral actions are not acceptable” and that if the UK went ahead with the plan “the EU will need to respond with all measures at its disposal”.

The DUP (the largest pro-UK unionist party in Northern Ireland) has refused to partake in the country’s power-sharing government unless the protocol is completely overhauled. The party’s leader said Truss’s announcement was a “significant move” that would help restart Northern Ireland’s government. The British government argues that the current legislation undermines the historic 1998 Good Friday Agreement in Northern Ireland. Truss’s proposed alternative would simplify checks on the Irish Sea (creating a check-free green lane) to remove restrictions on trade between Great Britain and Northern Ireland.

The total wealth of billionaires in the UK in 2022 has risen to £653.1bn (from £597.3bn in 2021) which represents a 9.4% increase on the previous year. The UK now has a total of 177 billionaires with two Swedish individuals in the top 15. Kirsten and Jorn Rausing (£12bn) are ranked as the ninth richest in the UK following their inheritance of the Tetra Laval dynasty. Marit, Lisbet, Sigrid and Hans Rausing have similarly derived wealth sources from Tetra Laval. The top five richest UK residents are:

Other notable mentions on the rich list included the UK Chancellor (Sunak) with a net worth of £730m after a career at Goldman Sachs, as a hedge fund and marriage to an Infosys heiress. The UK’s richest musician is Sir Paul McCartney (at £865m) and the richest under-30 year-old is Johnny Bourfarhat who launched a video-conferencing app called Hopin- bringing in a total net worth of £2.0bn. Finally, the most charitable figure on the list is the hedge fund billionaire, worth £2.6bn, called Sir Chris Hohn who donated £374.4m last year to charities focusing on issues such as environmental issues and children.