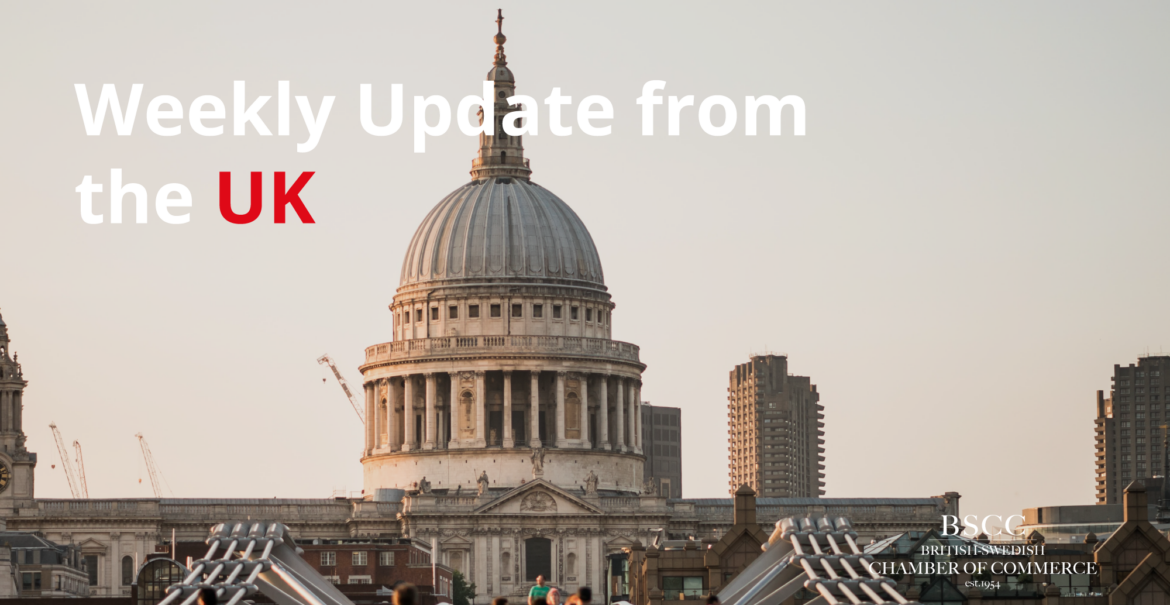 The UK had an unusual year filled with historic moments and substantial developments in 2022. The nation had three PMs over the course of the year with political stability now restored but polling pushing strongly towards the opposition. The UK and Commonwealth also celebrated HM The Queen’s 70 years on the throne which was then followed by her death in September at the age of 96. This then led to her successor, King Charles III, beginning his reign and the appointment of the new Prince and Princess of Wales. The UK has also held a significant stake in the war in Ukraine and has offered the second highest levels of aid (£2.3bn) in the world.

The other challenges faced by the UK over the year include the record-breaking 40°C heatwave over the summer which led to over 20,000 wildfires nationally. Additionally, the cost of living crisis has seen many UK households and businesses struggle with energy costs surging forcing the government to bring in an energy price cap (costing up to £140bn over two years). British successes over the year include an unexpected 2nd place in Eurovision (the best result since 1997). The FTSE100 also outperformed most of the world’s major stock markets with a 0.9% gain for a year in which global markets fell around 20%.

The UK’s front page news cycle over the last seven days has covered a wide range of topics ranging from HM King Charles III’s first Christmas speech to the nation in which he praised the “tireless” work of the NHS. There has also been a rise in coverage of COVID cases in China with Britain implanting travel restrictions from the region. Additionally, the papers have warned over future strikes in 2023 and that the national defence budget will rise by £1bn to cover the costs of inflation. Some of the newspaper front pages over the last week were:

Due to the surge in COVID cases in China, with an estimated 250m having contracted in the virus in the last 20 days, the UK has re-introduced COVID-related travel restrictions. These restrictions apply to people arriving into England from mainland China and will be enforced from 5th January 2023 onwards. Airlines will also be required to confirm negative test results for passengers before departure from China. However, the UK last week stopped publishing COVID modelling data after almost three years.

UK High Street sales have rebounded following the pandemic induced collapse and remains the main way to shop for 59% of the public. Nationally there are around 316,000 retail outlets who have benefited from total retail sales now being 12% higher in value terms than in February 2020- although volumes are 1.3% lower. Despite this there were still many reputable retailers such as Sofa Workshop, M&Co and Joules (now bought by Next) who failed in 2022. Whilst low-priced stores have gained ground with Primark and Poundland expanding their footprint across the UK.

However, there have been many premium retail successes in 2022 with the Frasers Group‘s high-end youth-orientated department store brand (called Flannels) opening one store per month with additional sites in Blackpool and Leeds planned in 2023. The chain targets well-paid young people, who typically live with their parents, who are the demographic attributed to driving UK luxury sales in 2023. Independent stores are also reopening across the UK and Marks & Spencer are working to open new stores in more modern sites whilst closing down “lower productivity, full line (clothes and food) stores”.